On Wednesday May 8, 2019 a convoy of 275 cars and 550 participants will leave Optus Stadium in Perth to start the 10th Anniversary Shitbox Rally (Autumn). The 10-day rally will travel 5000+kms via Uluru and finish at Centennial Park in Sydney on Friday May 17.

250 teams of two have spent endless hours sourcing and decorating their shitboxes (aka cars worth less than $1,000), furiously fundraising and preparing for this epic Aussie adventure which will see them drive over 5,000 kilometres across four states. Some cars will make it, some won’t.

Shitbox Rally is the largest independent fundraiser for Cancer Council nationally with over $17 million raised to date and it broke records in 2018 raising $1.97 million. 2019 has a target of $2 million with the tally sitting at just over $1.5 million to date. This year both the CEO of Cancer Council New South Wales and Western Australia will be taking part in the rally.

Jeff Mitchell, CEO, Cancer Council NSW said “James and the Box Rallies team have made a huge contribution to funding cancer research. I’m very excited to be doing the rally this year and joining the thousands of ‘ralliers’ that have not only raised funds but have become supporters of Cancer Council and the lifesaving work that we do.”

Ashley Reid, CEO, Cancer Council WA said “We are thrilled to be participating in this year’s Box Rally. It’s incredible to see the enthusiasm and commitment from the teams to raise much-needed funds for such a great cause.”

James Freeman who founded Box Rallies (Shitbox Rally and Mystery Box Rally) after both of his parents died from cancer within 12 months of each other, said “This being the 10th Shitbox Rally in Australia I felt celebrating those 10 years with a day for each rally was appropriate. Also, spanning the width of this magnificent country is a great celebration of the Outback, it’s communities and the fundraising teams in the rally. It will indeed be a celebration of achievement for the last decade.”

To celebrate the 10th year and the growth of the rally we are running a second Shitbox Rally in 2019 with a going from Melbourne to Townsville via Birdsville in October.

MORE INFORMATION including images for media use, videos, team write ups and press releases can be found here: https://www.shitboxrally.com.au/media-and-sponsorship/

ABOUT SHITBOX RALLY:
●      Since 2010, Box Rallies has raised over $17.5 million to Cancer Council
●      The route varies each year, but long stretches of unsealed, dusty, rocky, potholed and horrendously corrugated roads are guaranteed
●      Teams of two spend the year leading up to each rally raising the minimum $5,000 to earn their place
●      Support teams of mechanics are along for the ride, to patch up Shitboxes as they inevitably break down.
●      The Shitboxes that make it are auctioned off at the end of the rally, with proceeds also flowing to Cancer Council.

RESEARCH FUNDING MODEL:
The National Health and Medical Research Council (NHMRC) is the pinnacle for vital funding for groundbreaking cancer research projects, but their budget only goes so far. The cancer researchers who miss out get another chance at funding via Cancer Council grants. The impact of these projects has been felt right across Australia with many of the grants made possible by Box Rallies funding.

EXAMPLES OF RESEARCH FUNDED:
Testing new drug combinations for pancreatic cancer
Preventing people with immune deficiencies from developing lymphoma
Finding new compounds to target the deadliest type of malignant brain tumour
Developing a way to calculate the safest and most effective dose of radiation for prostate cancer patients
Analysing the largest data set of melanoma genome sequences in the world, and
Identifying a treatment to block the development and spread of neuroblastoma cells. 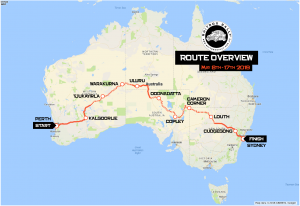