THE RED CENTRE TO GOLD COAST BEACHES – VIA ‘THE CAPE’

Shitbox Rally, the renowned cancer research charity event, has announced the route for its 2020 Autumn Rally.
The rally will start in Alice Springs on Saturday May 23rd and finish on the Gold Coast on Friday May 29th, travelling via the Gulf of Carpentaria – a total of over 3962kms.

550 people in crazily decorated cars will tackle some of Australia’s dustiest outback roads over the seven days in teams of two. The hitch? Cars must worth less than $1K! (hence the name Shitbox). The event is known for its sense of fun, while tackling the serious issue of finding a cure for cancer.

Box Rallies fundraising records continue to be broken year after year, with more than $20 million donated to Cancer Council since the rallies began in 2009.

2020 Autumn fundraising targets are high, with hopes of beating the 2019 record of almost $2.7 million. Shitbox Rally 2019 Spring starts this October and has already reached donations of over $1.5 million.

Founder of Box Rallies (Shitbox Rally and Mystery Box Rally) James Freeman, started the event in 2009 after experiencing the loss of both of his parents from cancer within 12 months of each other.

“It’s amazing that in our 11th year of Shitbox we are starting, finishing and travelling via all new locations. In every rally we drive to and through ‘The Outback’, but for Shitbox Rally Autumn 2020 we are starting there! This unusual route has us starting in the centre of Australia, traveling North initially to Karumba on the Gulf of Carpentaria before heading South East for the long drive to the Gold Coast. There is a huge amount of country out there with every stopover bar one, being new to the Shitbox community.
50% of the route is unsealed with plenty of river crossings to keep the teams challenged. Even the sealed road sections will be interesting and incredibly varied from the red earth of Central Australia, the Devils Marbles, National Parks and mountainous terrain of the Great Dividing Range. There are plenty of challenges, plenty to see and a huge amount to experience in just under 4,000 kilometres and 7 days.
We’re grateful for the hard work and support of the teams who take part and the communities who help them to fundraise.” said James.

**Local teams and James Freeman are available to interview leading up to and on the Rally.

RALLY IMAGES FOR MEDIA USE: https://www.flickr.com/photos/shitboxrally/albums 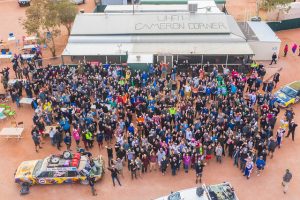 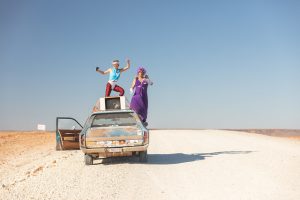 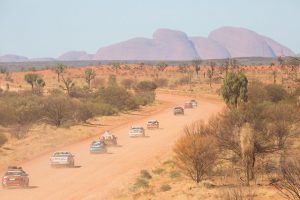 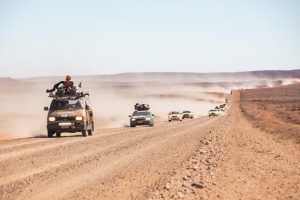